Just as Laurentiu Oancea is about to put on his sports jacket, his smartphone beeps. Probably his most important digital aid, the NephroCare “My Companion” app from Fresenius Medical Care, reminds him that he hasn’t taken his medication yet today. Outside, the sun is shining and his mountain bike is all set for the ride. After hesitating briefly, he goes back into the kitchen, takes his medication, and, while he is at it, attaches himself to the blood pressure device. Once the measurement is completed and the current levels appear on the display, he enters them in the app and quickly scrolls to another section, where a tip tells him: “Physical exercise keeps your body fit.” Laurentiu Oancea smiles. Exactly, he thinks, as he leaves the house and hops onto his bike. Laurentiu is a man with an athletic figure– if you met the Romanian, you would never guess that he is seriously ill. And yet, his kidney function gradually deteriorated over several years due to malignant hypertension until his kidneys eventually failed completely. As a result, he has relied on regular dialysis since 2015. And so the next day, he is lying on a bed at the Fresenius Medical Care dialysis clinic in Pitești, Romania. Laurentiu comes here three times a week for four hours.

After treatment, Laurentiu meets the physician at the dialysis clinic. The conversation between the two has changed significantly since he started using the “My Companion” app: As well as going through the latest test results and discussing the progress of his therapy, they take a look at the data in the app on his smartphone. Because Laurentiu records his blood pressure levels in the app every day and always enters his current weight, for example, the physician can gain valuable additional information on the state of her patient’s health. And the app has made Laurentiu Oancea’s treatment much more transparent for him. He can ask more specific questions now and better assess what the individual data mean.

When I found out about my illness, I initially thought it would just be a temporary thing. But I now know that it is part of my life. That’s why I have learned to cope with it as I wait for a kidney transplant. I make the best out of it.

The app enables patients like Laurentiu to contribute actively to their therapy, and motivates them to apply the necessary self-discipline. “I find the app useful as a daily helper,” says Laurentiu. “What’s more, I like discovering new things, and I really enjoy playing around with it.” Because the therapy data in the app is updated promptly and regularly, patients always have a good overview of the state of their health. An incorrect diet or even insufficient physical exercise can be reflected in some parameters shown in the app. Consequently, patients like Laurentiu can request a consultation with their physician, dialysis nurse or dietitian in order to take long-term countermeasures. “I’ve always done a lot of sports, and still do,” says Laurentiu. Cycling is one of his favorite leisure activities. He often goes on long rides through the countryside. “I find it important to think about other things than my dialysis therapy. To avoid getting hung up mentally on this whole situation, I keep myself busy and pursue my hobbies.”

In his home village of Capul Piscului, Laurentiu lives next door to his parents and shares a lovely garden full of old fruit trees and vegetable patches with them. Since falling ill, Laurentiu has started paying more attention to a healthy diet. After getting back from the strenuous dialysis, he sits down at the kitchen table and prepares a salad with cucumber, onions and a little tomato – all home grown. The app also gives him dietary tips. “If I’m going to get to grips with my treatment, it has to be in a purposeful and forward-looking way,” Laurentiu explains. The fact that he has learnt to deal with his illness so well has obviously partly to do with his therapy at the clinic, but also the positive feeling of being able to play his own part. Laurentiu Oancea is optimistic about the future. He points to the wall in the kitchen, where several medals he received during military service are hanging. “I really want to work again,” says Laurentiu, “I feel fit.” 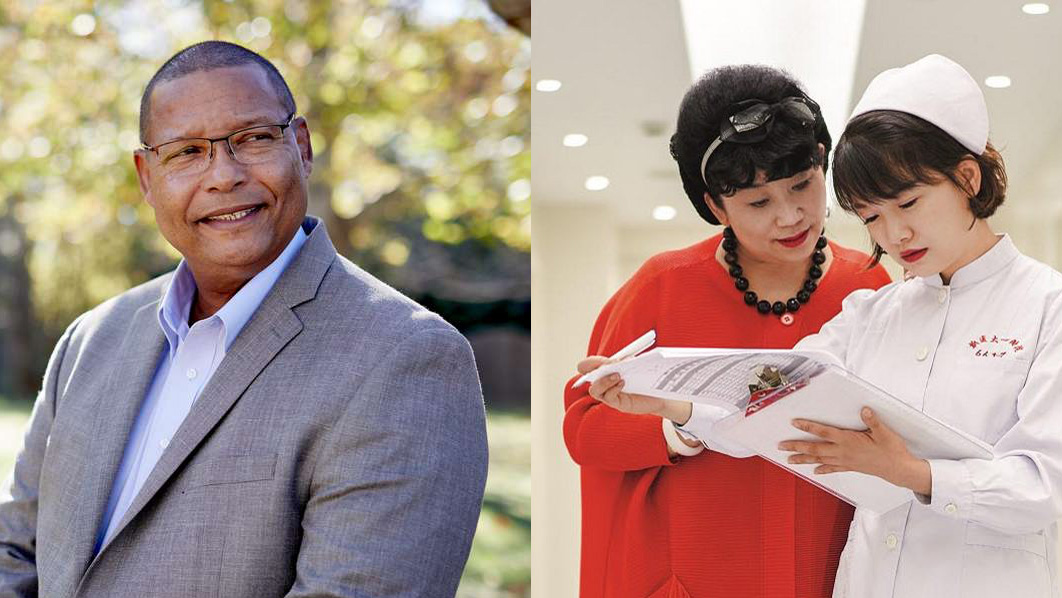 Find more stories in our archive